CoinSwitch is ‘Cooperating’ With Authorities – Executive 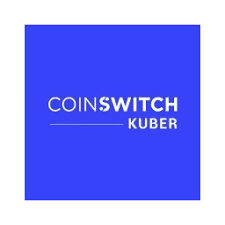 Prominent India-based digital currency exchange, CoinSwitch has highlighted that the protocol is cooperating with the nation’s financial investigatory unit which opted to search its five offices on Thursday.

According to the protocols chief executive officer Ashish Singhal, the search into its operation models is not connected to any alleged money laundering activities but rather an inquiry into the company’s functionality and all of its know-your-customer standards.

An office holder of the enforcement agency unit revealed a newsworthy report on Thursday, mentioning that the “searches were conducted since we did not receive the desired cooperation from CoinSwitch Kuber.”

Anonymous reviews have further presented that the investigation against CoinSwitch is related to the speculations of the protocol’s breach of the nation’s international trading law.

Singhal has refused further comments to disclose the exact nature of the current case, noting the lawful sensitivity.

Authorities have placed a restriction on over 8 million dollar worth of WazirX digital properties, citing that the protocol may be assisting lending apps to conceal illicit funds by converting them into digital currencies.