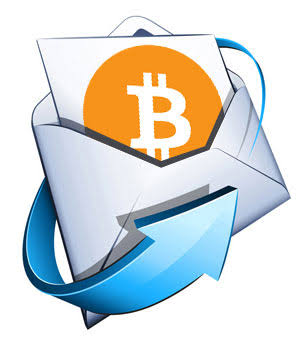 The patent was first filled in March 2015 till its approval by the United States Patent and Trademark Office (USPTO) on December 17. Through the patent, users will be able to make Bitcoin payments using email addresses linked to their wallet addresses, without any transaction fees.

Details of the system indicate that email addresses will serve as identifiers for the users’ wallet addresses within the system. The sender makes a request to send Bitcoin to an email address, and the system automatically transmits the agreed amount from the sender’s wallet to the wallet corresponding to the receiver’s email address.

At this time, the system is set to process email-based Bitcoin transactions in 48 hours. Also Bitcoins not in use will be stored in a secure computer vault only accessible to the email address linked to the wallet.

The patent specifically states Bitcoin but did not add if the system could also be utilized for other cryptocurrencies. There is also extra functionality to allow users make in-app bitcoin trades using fiat currency from a linked bank account.

While many agree that the bitcoin-email transaction system will make Bitcoin transactions easy for users especially beginners, there has been criticism on new innovations outside bitcoin or cryptocurrencies privacy standard.

“I know we are already doing kyc/aml with the exchanges but linking your wallet to an email address moves us one step closer to “non anonymous” transactions. The patenting and the ‘vault’ for holding unclaimed coins centralizes bitcoin transmissions… It’s a no for me“

What are your thoughts on the bitcoin-email system? Yay or Nay.