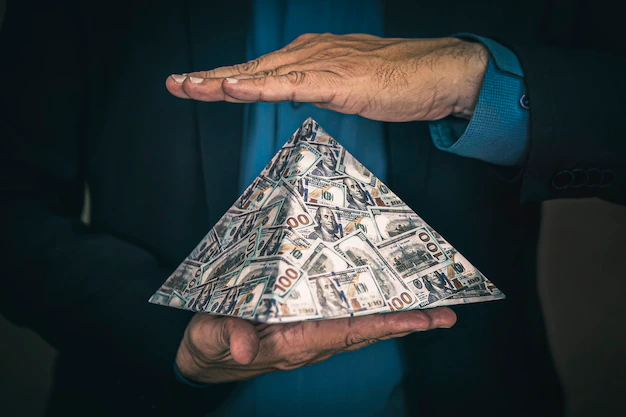 Chinese officials, in a recent publication, have announced the arrest of over ten alleged criminals believed to be the brains behind an Internet pyramid scheme. The suspects are understood to have deceitfully assured their victims of a high percentage of return earnings.

The suspects are said to have defrauded people of over $15 million, approximately 100 million Chinese Yuan. Their arrest followed a 6-month investigation done to establish the use of virtual currencies for illegal schemes in the Shangai axis.

According to information, the syndicate described themselves as ” a unicorn in the field of global applications”.They lured people who believed their scheme was a means of creating some sort of valuable services in the digital money space.

An investigative squad of the Economic Investigation Teams of The Shangai Public Security Bureau confirmed the scheme operated by the unnamed syndicate was created in 2020 with several servers across borders that were regulated by the head of the criminal team called “Mou”.

Mou, alongside inducing individuals through the supposed blockchain system, also followed it up with promotions and other publicity patterns. The patterns include certain direct social media conversation channels that successfully aided in more membership signup. As at the time of arrest, they already had 60,000 existing accounts created by victims.