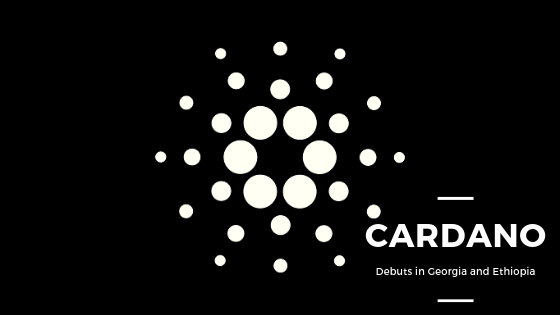 Cardano, a cryptocurrency and blockchain technology platform founded by Charles Hoskinson, is making waves in the Caucuses and East Africa. On June 17th, Ethereum co-founder Charles Hoskinson signed a memorandum of understanding (MoU) with the government of the Republic of Georgia.

In Georgia, the Cardano MoU will see Hoskinson’s Cardano team implement a blockchain framework called ‘Atala’ in Georgian higher education institutions. In time, this will allow for immutable verification of student academic credentials.

What Does Cardano’s Blockchain Technology bring to Georgia?

The newly announced Cardano and Republic of Georgia partnership will see Cardano’s Atala blockchain implemented across the Georgia Ministry of Education, and the Free University of Tbilisi.

Similar to blockchain technology used to verify digital identity credentials, the Atala blockchain will provide an instant and credible way for employers and universities to verify citizen academic and training qualifications. This is important for Georgia, due to the country having a skills shortage in some areas.

Atala is a Cardano created blockchain framework which can be used in a variety of different ways, similar to IBM’s Hyperledger blockchain. Atala, though, is created explicitly for governments and not businesses. (As is the case with Hyperledger.)

In East Africa, the Ethiopian government has also signed an MoU with Cardano. There, Atala will be used to create a cryptocurrency payment gateway for Addis Ababa utility bill payments. Atala may also be used in Ethiopia, to improve existing Ethiopian identity card systems.

In Georgia, Atala will be used in a blockchain digital identity system capacity. However, like in Ethiopia, uses cases may be expanded when the Atala blockchain has been fully deployed already.

New partnerships with Ethiopia and Georgia, lend legitimacy to Cardano as a top coin to watch in anticipation of 2020. However, Cardano coin (ADA) prices haven’t yet benefited as a result of MoUs. Possibly, this is due to most cryptocurrency investors at present, watching Bitcoin and Litecoin prices in anticipation of upcoming halving events.