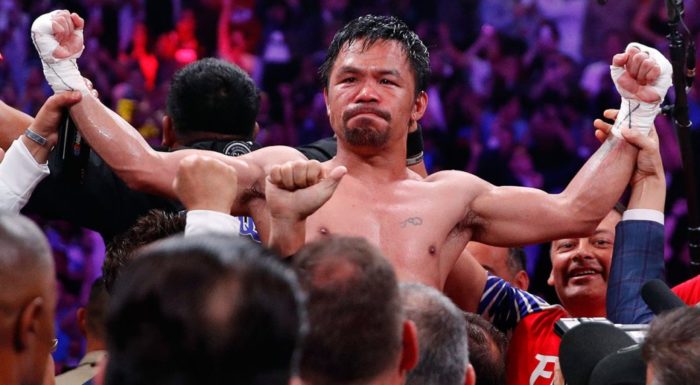 Popular world boxing champion – Manny Pacquiao has launched his cryptocurrency called the PAC Coin, one he describes as the world’s first celebrity cryptocurrency.

The boxing legend who doubles as a senator in his native country Philippines, has added the cryptocurrency project to his list of accolades; with the Pac Coin now listed on Singapore’s Global Crypto Offering Exchange (GCOX).

As part of the PAC Coin launch, the boxer who is also a former professional singer, coaxed over 2,000 fans present at the event with love songs; as they moved to support his coin project.

Speaking at the event, CEO of GCOX Jeffrey Lin said “We are not here to raise a lot of money but to build an ecosystem.” As he went on to discuss the interest of other sportsmen including tennis player Caroline Wozniacki and US singer Jason Durelo who are set to unveil similar projects.

Will Manny Pacquiao’s digital currency have celebrity’s shun crypto endorsements to launch their own tokens?

Manny Pacquiao famously lost to Floyd Mayweather in 2015 in a boxing match described as the “Fight of the Century”, after which the Filipino native took some time off active boxing. At this time, he serves as a senator in Philippines since 2016 and is being idolized by most Filipinos. His cryptocurrency PAC Coin will be issued to supporters for use in the purchase of his Pacquiao merchandise and for interactions on his social media platforms.

The boxer currently holds the World Boxing Association Welterweight Title, and is likely to return to the ring soon.