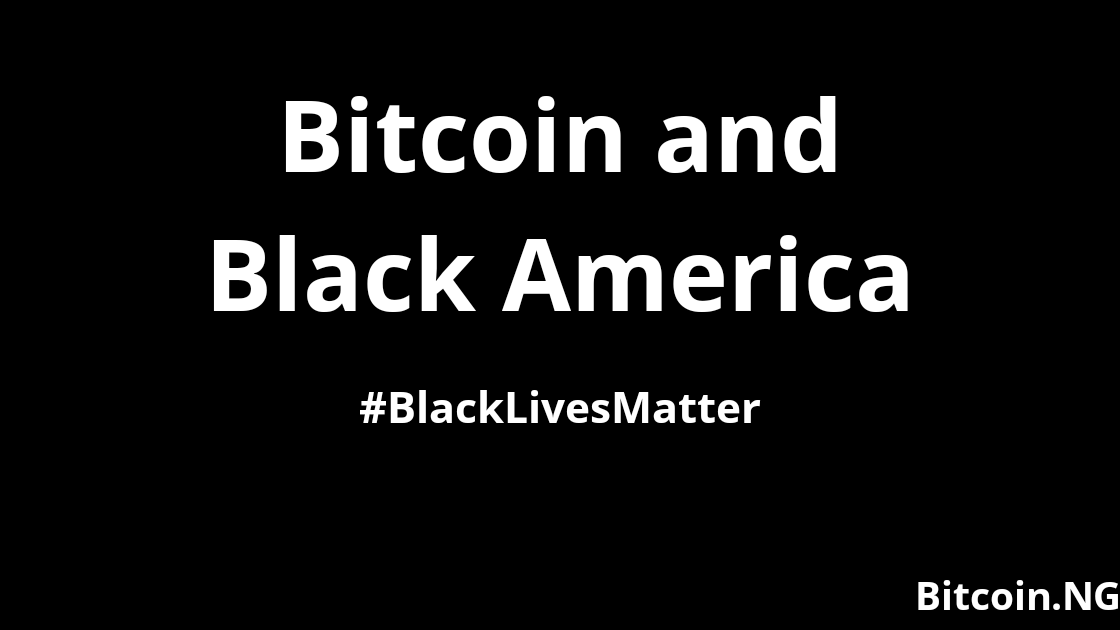 In the wake of the recent protests against racism and police brutality in the United States, Bitcoin proponents have taken to the streets and social media to air their views on how the number one cryptocurrency could also liberate people.

Among the supporters of this notion, is Isaiah Jackson, popular author of the book “Bitcoin & Black America.” Jackson says Bitcoin (BTC) can be an effective protest against the failing financial system; adding that people carrying placards of Bitcoin during the George Floyd protest have identified the “real enemy” which is the financial system that seeks to shut out African Americans.

In Minneapolis, for example, the median income for black households is $38,200, less than half of their white counterparts.

The author posted a number of images on Twitter which showed protesters promoting cryptocurrency.

Jackson argues that despite the protests and reactions, the only way Black people can be totally free is to rise economically.

“The plight of black people is not going to change, before, or after this unless we do something about it, economically.”

“When the economic system is broken … no matter how hard you try, you get pushed to areas where police oversight is very heavy. You get these clashes and police start killing black men and it’s all just a domino effect,” he said. So I think them holding signs is them saying, ‘Hey once this is over, remember who the real enemy is’.”

The author further discussed Bitcoin as a leverage against the excessive money printing by federal banks and current high unemployment rate.

The Book: Bitcoin and Black America

Isiah Jackson published his book in mid-2019 and has seen notable figures including Twitter CEO Jack Dorsey endorse the piece.

At this time, references to his book have been seen at Black Lives Matter protests in North Carolina, New Hersey, and London.

Despite his advocacy, Jackson says cryptocurrency adoption among the African American community is still “maybe less than 10%” and “less than 1% actually use it regularly.”

He likened reports on cryptocurrency by the media to the same as those perpetrated against black people. He notes:

“Honestly, the perception of Bitcoin in the media has been eerily close to how black people have been perceived which includes “a lot of lies” and “projection based on misinformation,” as he highlighted cases of negative publicity and biased journalism.”