ApeCoin restricts US investors from staking activity, kicks off exchange 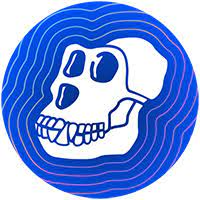 United States-based ApeCoin investors are likely to be left out on staking benefits as the US made it to the compilation of territories geographically restricted from utilizing the soon-to-be-launched staking system.

Blockchain technology development company Horizon Labs, in charge of the website set up for ApeCoin decentralized autonomous organization, published a Thursday tweet concerning the Ape Staking setup, noting that the current regulatory structure presented little to no other option.

Amongst the restricted territories are Canada, Syria, Iran, North Korea and Cuba alongside Russia and its regulated regions of Crimea, Luhansk, Ukraine, and Donetsk.

The conclusion to restrict US customers is speculated to be from the scrutiny of APE originator Yuga Labs by the Securities and Exchange Commission last month. As stated by the SEC, the scrutiny is focused on the protocol’s non-fungible token’s comparison to securities and its adherence to national rulings.

According to a Twitter update by Snag Solution chair Zach Heerwagen, the set-up exchange for NFT sales and purchase comprises diverse components for the community, inclusive of staking the utility token. The exchange also considers royalties with suppressed charges, Heerwagen added.