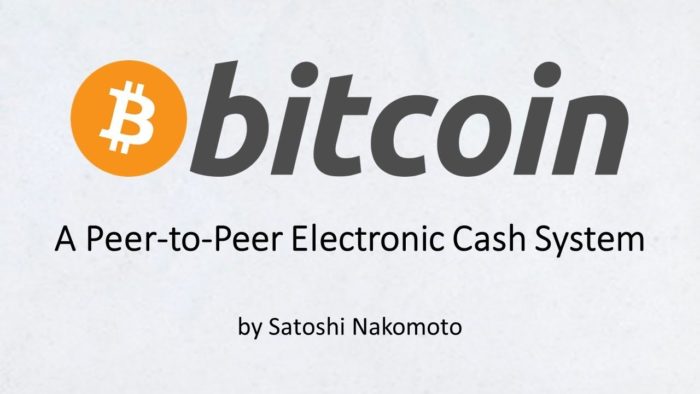 Today October 31, 2019 – marks the eleventh year since the publication of the Bitcoin White Paper by its creator Satoshi Nakamoto.

Released on October 31, 2008 and titled “Bitcoin: A Peer-to-Peer Electronic Cash System”, the bitcoin whitepaper proposed the creation of a digital currency, as well as a decentralized peer-to-peer and tamper-proof protocol to support speedy and transparent transactions.

A core concept for the creation of Bitcoin is envisioned as a currency with the possibility to replace the need for intermediaries such as third parties, banks and others in financial transactions; which have formed a monopoly and centralized financial power.

A snippet of the Bitcoin whitepaper reads:

What is needed is an electronic payment system based on cryptographic proof instead of trust, allowing any two willing parties to transact directly with each other without the need for a trusted third party.

Eleven years after its release, Bitcoin has delivered in line with the set goals of its creator.

First with an increasing network hashrate and growing popularity as an asset and investment tool. There is also its strengthened network, and over 304033233% in profits for day-one holders (who first traded around $0.003 on March 17, 2010 and currently trading globally at $9,192 today).

Only last week, the 18 millionth Bitcoin was mined leaving only 3 million of 21; a feat which moves the digital currency closer to value induced scarcity and subsequent price appreciation.

In all of Bitcoin’s rise, volatility and dominance, the  identity of Bitcoin’s creator and  white paper author Satoshi Nakamoto (psedo-name) still remain a mystery.

And today we celebrate this unique invention and brilliance of Satoshi Nakamoto.